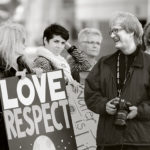 Robert George got his first camera on his tenth birthday and has been making pictures ever since. For him, “Photography is a way of dealing with the world and making notes along the journey.”  A sought-after portrait photographer, he documents concerts and festivals, social functions and sporting events across America.

His newest project is Anonymous (#anonymousphotoseries), a look at the search for identity in America through unposed rituals of daily life. “I’m curious about how we’re surviving the grip of technology and pop culture as well as the issues that divide us.” 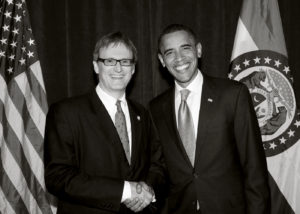 His projects also include Monadnock, a multi-year study of a single building in Chicago.  “I was drawn to the challenge of making a collection of photographs of a small building and keeping them interesting.  The study grew to include people on nearby streets.  The Monadnock is arguably among the first skyscrapers built, and at the time it opened its doors it was the largest office building in the world.  Today it is overshadowed by a massive Chicago skyline.”